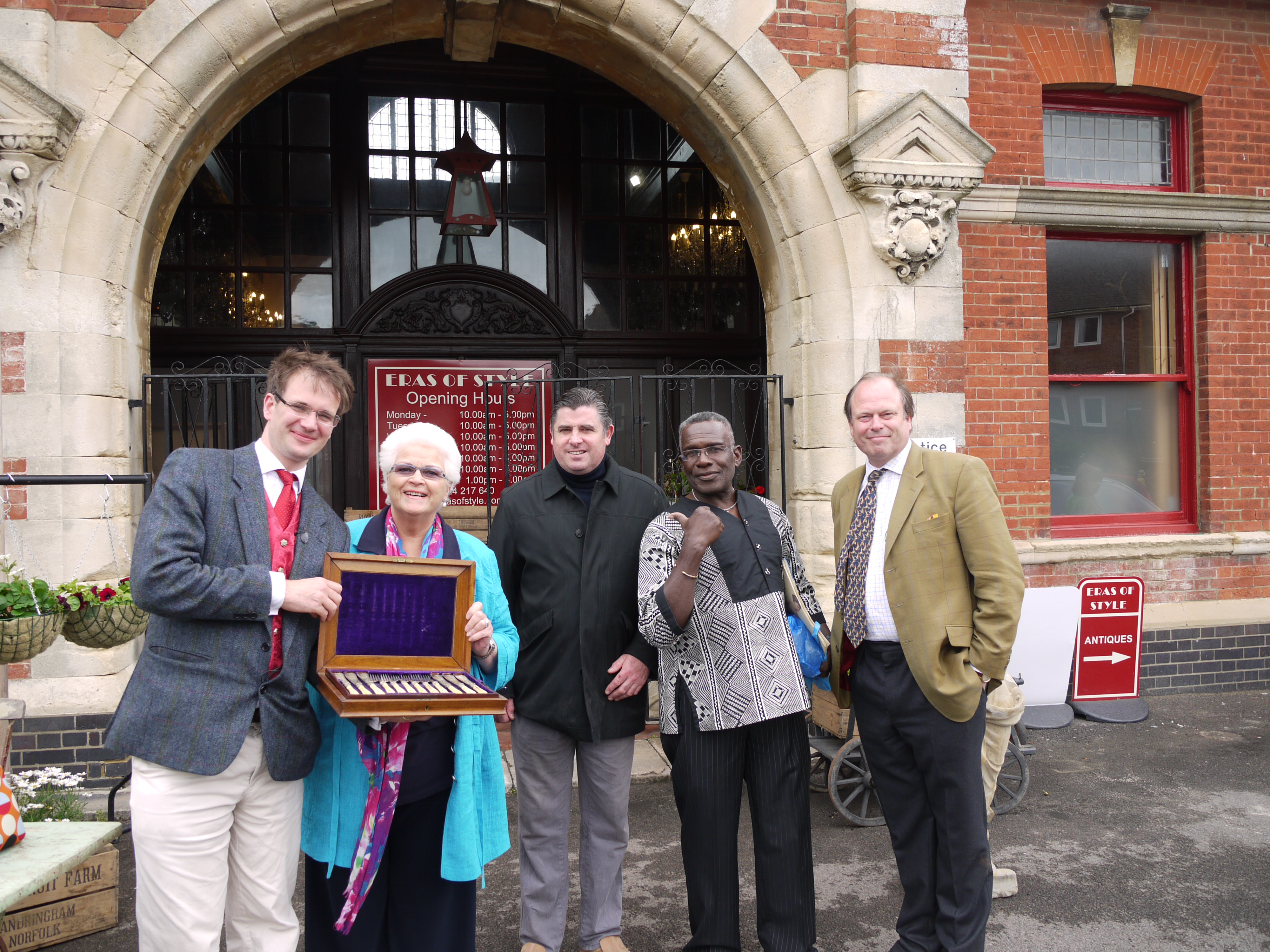 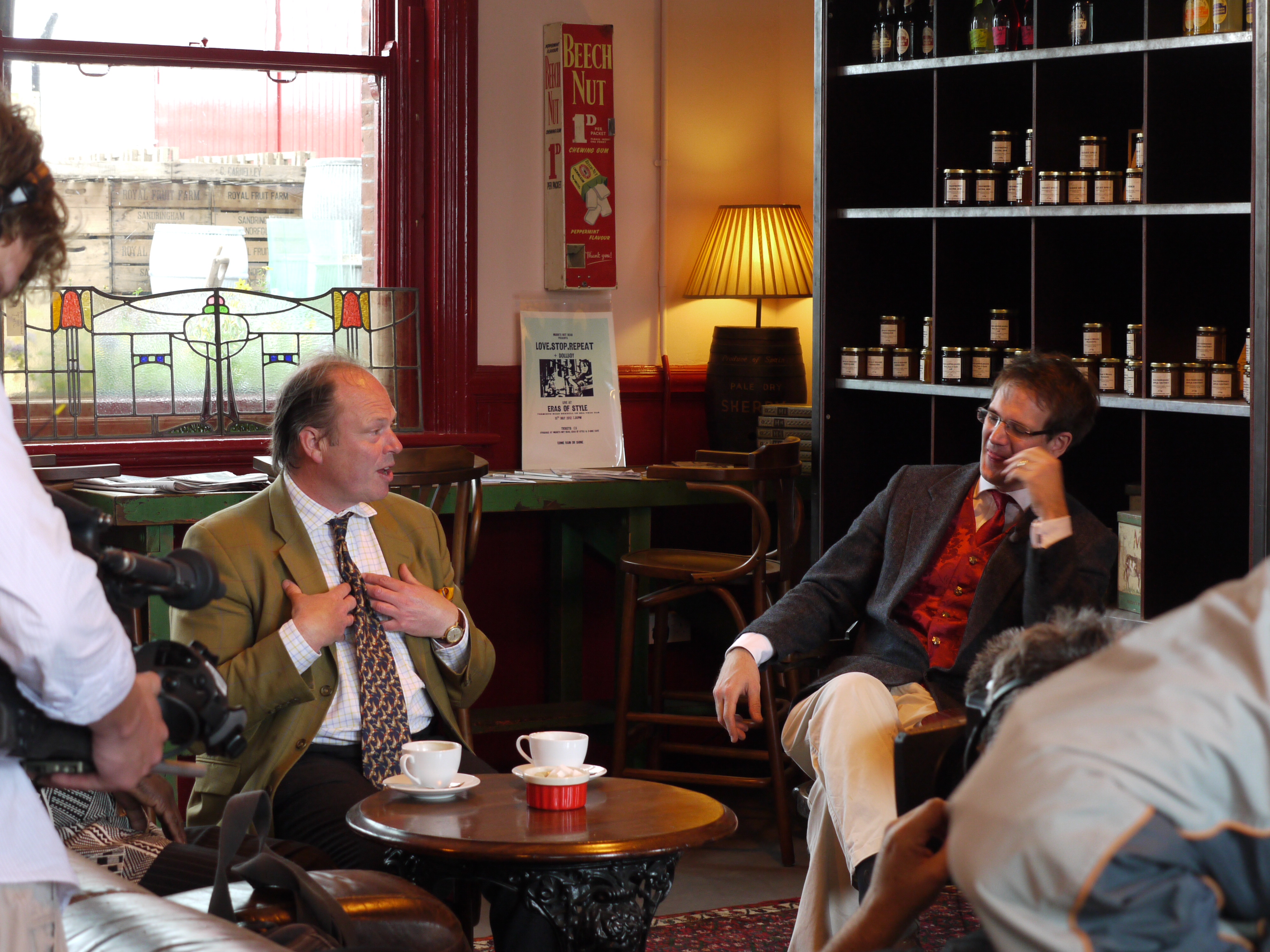 Eastenders stars pam  st clement “Pat Butcher” and rudolph walker  “Patrick trueman ”  teamed up with auctioneers  james braxton and charles hanson   Raising money for Children in need, they were part of a Celebrity Antiques Road Trip! which came with the bbc film crew including the vintage cars and filmed here in june of this year .we had some good laughs as they were here filming for around five hours having some delicious bagels for lunch in ralphs and posing for photos with customers .the episode is due to go out in september ! 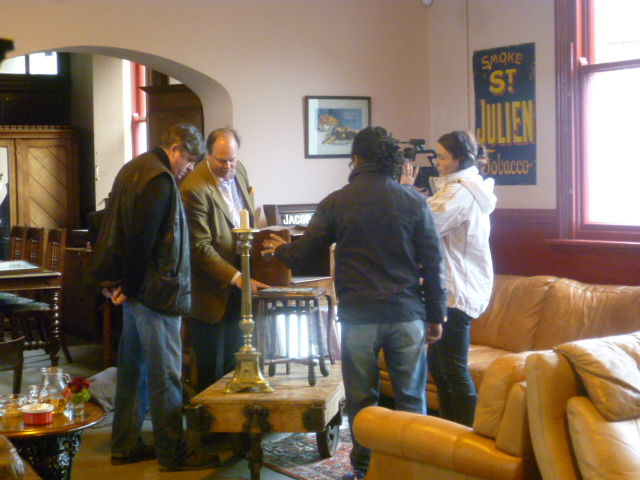 Put your money where your mouth is, filmed here on the 10th May with james braxton We’ll let you know when it’s airing!

Call or Email us

Nominated Antiques Shop of the Year